Royal Club of Gastronomes in Belgium

Welcome to our gastronomic circle which celebrated its 80th anniversary in 2018. Our ambition is to promote throughout the territory of the Belgium, in its three regions, Flanders, Brussels and Wallonia, a recognised cuisine highlighting both local produce (e.g., hops sprouts, asparagus, Malines chicken, Ostend sole, chicory...) and classical dishes.

Our activities take many forms:

On 7 December 1997, King Albert II allowed the Club to add the 'Royal' title to its name. This is the only Belgian gastronomic circle to wear this qualifier: 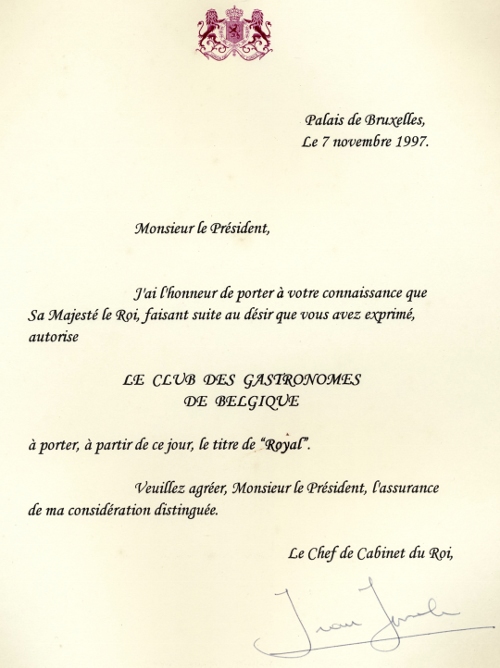